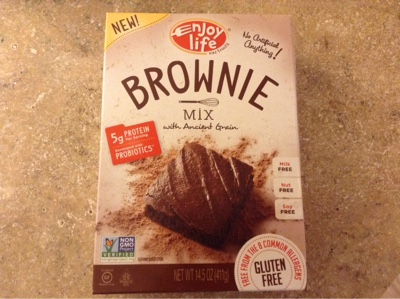 I decided to share this mix with my dad (who is also Celiac), mom and sister. It was great how quick and easy it was to go from box to oven. The only ingredients you need to add are water and oil. We threw a quick batch in the oven and started a movie. Halfway through we stopped for a warm brownie... Mmm. It was pretty great to have a freshly baked brownie with such little effort. 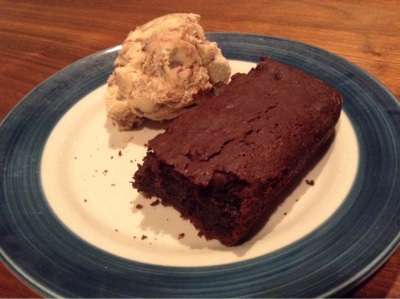 Everyone enjoyed the brownies (including the gluten eaters). The texture was a little chewy and fudgey with crispy edges. It was sweet and chocolatey, thanks to the tiny chocolate chips that were scattered throughout the batter. You could top the brownie with icing or ganache, but it's great on its own too. We had it with ice cream for an especially decadent dessert. 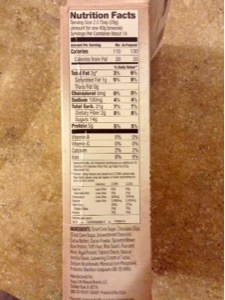 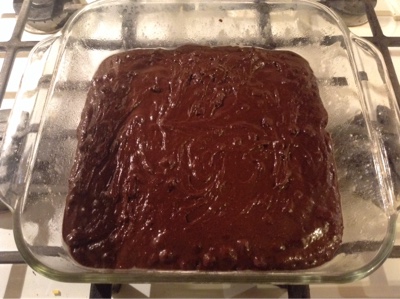 Posted by Andra Banting at 13:02 No comments: 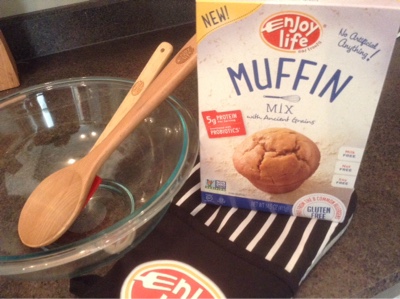 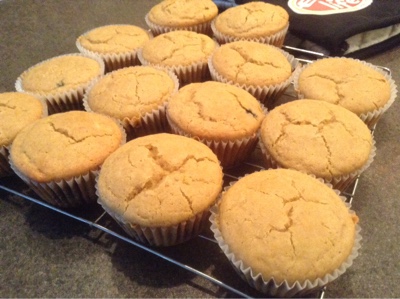 I make muffins from scratch probably once every 2 weeks, so I've had a lot of good and a lot of bad gluten free muffins over the years. There were positive and negative things about this mix. I loved how easy and convenient it was to use a mix compared to baking muffins from scratch. All you need to add is oil and water, so it's affordable and easy to make even if you're not into baking. The muffins taste great and contain good quality ingredients such as millet, quinoa, teff and sprouted brown rice protein. There are 2 grams of fiber and 5 grams of protein in each serving. 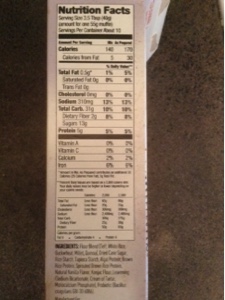 The negatives for me were texture and wetness. It seemed like it would've been better to add less water to the mix. It was soupy in consistency and hard to get into the muffin tins without making a big mess. I added blueberries to the mix and they all sunk, making it extra wet at the bottom of the muffin. Because the muffins were so moist, the texture seemed a little pasty to me. 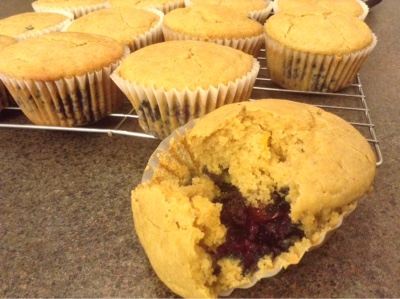 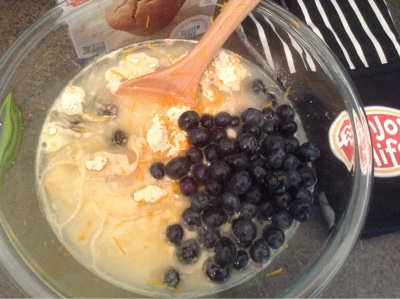 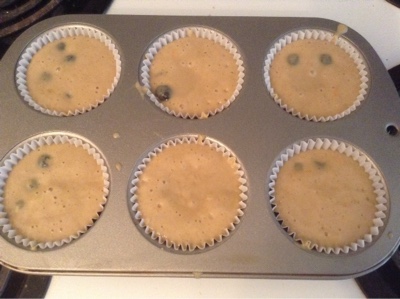 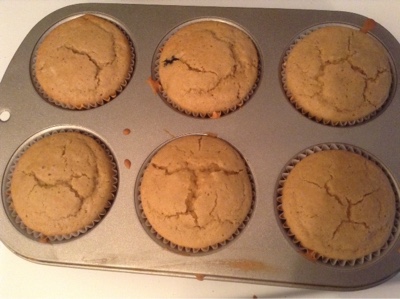 Posted by Andra Banting at 12:28 No comments:

I was super excited when Enjoy Life asked me to review their new line of dry mixes! Not only are they free of the top 8 allergens, but they also contain probiotics, ancient grains (like teff, buckwheat, millet and quinoa)  and 5 grams of plant based protein per serving. Here is a photo of the print out they sent to me with some more info on the products. 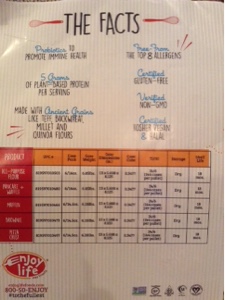 My favourite thing about this review is the effort Enjoy Life put in to the blogger packages. They are pretty amazing! Complete with a branded spatula, oven mitt, stirring spoon and pizza cutter; they really went above and beyond with their blogger love! I had to show off the box to my friends and family and everyone was totally jealous. I am actually pumped about the oven mitt because my old ones are starting to wear out :) 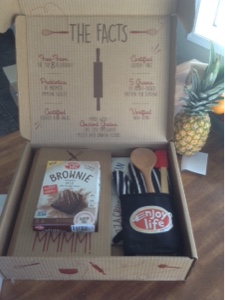 Isn't it adorable? I think they should make this available to purchase on their website as a gift box. It would be a great care package for a student or as a Christmas gift. I'm sure anyone would love to recieve this beauty in the mail.

I will be reviewing the 5 Enjoy Life mixes: muffins, brownies, pancakes/waffles, pizza crust and all purpose flour blend. Click on each link for a full review. 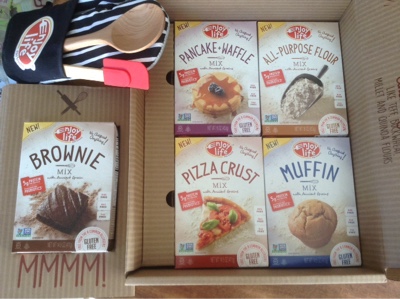 Posted by Andra Banting at 19:48 No comments:

Andra Banting
I have Celiac Disease and I love to create tasty and economical gluten free food. I know that many people equate "gluten free" with unpleasant texture, off-putting taste, and poor nutrition, but I hope I can show you the brighter side of gluten free cooking (and eating)!